The Second Amendment is a recognition of the danger of standing armies.

The Second Amendment is a recognition of the danger of standing armies. Its purpose is to recognize that every citizen has the right to keep and bear the same type of basic arms as a soldier in a modern military. A militia embodies all able-bodied men over the age of sixteen. Therefore, a militia will always outnumber a standing army by at least twenty to one. If this militia is armed with weapons... similar to those used by the individuals comprising the standing army, it will be impossible for that standing army to inflict the will of a tyrannical government upon the people. The Second Amendment is the guarantee behind all the other articles in the Bill of Rights. It is the ultimate guarantee that citizens in the United States will remain free.
John Ross ~ Unintended Consequences

The following is a response to an article that a female friend posted last night:


All right. Male perspective time: While I, on some level, see what the writer is saying, I think there is a simpler point. Young boys and teenagers aren't allowed to be males any longer. From a young age the rough and tumbleness of boyhood is being squeezed out of them like juice from a lemon. I will agree that young boys are exposed to movies and video games at a much younger age, but I myself(with nothing but a crappy Atari at my friend's house)used to run around the woods every day playing "Army". I read books about the SEALS and had a great poster of them slipping out of the water to do bad stuff to bad people. The same has been happening since men have been on the planet. Young boys will emulate their brothers and fathers, whether it's hunting or fighting. From the earliest age little boys point their little chubby fingers like a pistol and shoot imaginery bad guys from the seat of the grocery cart as their moms push them through the store. Flash forward-the same little boy is now told that he can't do that because guns are bad and he's scaring people. When young boys and men get into a fight at school they are both suspended and not allowed to get it out. There is this mystery chemical called testosterone that drives the male. Believe it or not it controls us to a certain point. Especially as a young teenager. I spent my entire year of seventh grade fighting behind the gym. I wasn't part of the in crowd and had to establish my rank. I did not fight for the fun of it; it was just the product of young men filled with angst figuring out their pecking order. Many of today's women(and men to my dismay)don't believe in this statement, but look around us. The world's countries have a pecking order, businesses have one, why aren't little boys allowed to figure it out for themselves? Even if some little stereotypical geeky kid gets in a fight with the school tough, and gets his ass handed to him, the tough has a new found respect for the kid and will leave him be. Presto-that kid's stock just went up. What's even more important, he just learned that he can be a man and handle his own business. From there on out the rest is gravy. It's those little testosterone moments that define a boy and help him be a man. No one will let a little boy be a man anymore; even our churches have gone soft. That's the problem and it will only get worse. As Phil Valentine stated,"our country is turning into a bunch of Honey Boo Boos." Well said Phil, well said.
Posted by Hillbilly at 3:26 PM 2 comments:

I am at a loss for words. As a First Responder my mind darts in numerous directions in the wake of last week's tragedy. As a parent, all I can do is try to train and educate my kids to protect themselves and be ever mindful. Is that fair for them? No; but since when has life ever been fair? I've ignored the media as much as possible so I can get a clearer picture of the event in a few months when the dust settles and the police have a better grasp on what really happened. Too much misinformation and ignorant opinions. By the way, Bloomberg is an ignorant ass. Just thought I'd throw that out there. I've spent the last few days re-educating non-gun type friends and aqauintances because of the ignorant and irresponsible media. One pair of girls were going on about how we should ban semi-auto pistols because they can shoot 10 rounds/second. Huh? Really?

Anyway-it's hard to be cheerful this season; not only because of the tragedy, but because of all of it. The state of the country, the state of our economy, the economy's effect on my family, so on so forth...It becomes a little overwhelming sometimes. People wonder why I'm grumpy. Heh. How can you not be grumpy? My wife asked me once during a fairly serious husband/wife talk why I seemed on edge all the time. I explained to her that I just had a lot on my mind most of the time; she asked what was on my mind that was weighing me down so. I asked, "do you really want to know?" After getting a nod of the head I spent the next twenty or so minutes hitting the highspots-the main topics if you will. Most were about safety of the family, home maintenance that always was in dire need, auto maintenance-the same, prepping, the job, future plans for our property, etc, etc. After a few seconds of silence she apologized and said she had no idea that those things were always bouncing around in my head and that half of which-she had never considered. I guess I'm a natural born worrier-not helpful in this climate.

So...glad y'all could get in on that cheery little rant. Ho Ho Ho and all that. I can only pray that the Lord is watching over my little family. We do our best. Y'all have a good 'un. 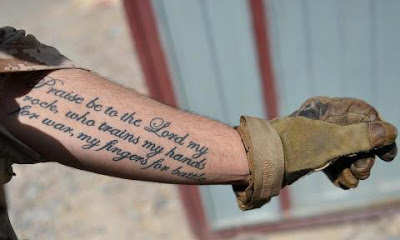 A holiday advice poster for men... 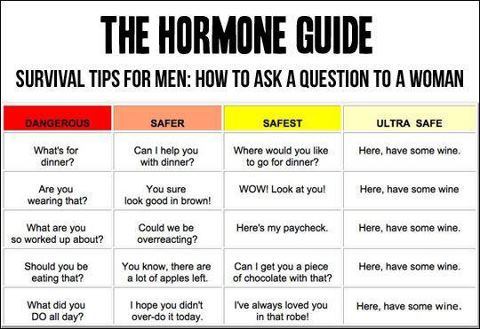 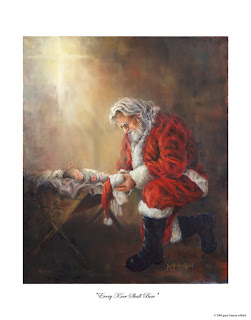 It's been awhile and I truly have no good excuse. I've been working a new part time job, and to get my foot in the door, I told the owner that I could and would work any days he could give me that I had free from my full-time job. Well, he took it to heart; not complaining, but I have been hard at it. It is a good feeling to have some extra cash coming in the door, though. It is funny how things start to break when there is a little extra Christmas or pocket money laying around. The washer has been making some funny sounds lately. I think the agitator is starting to strip out and while it's not an expensive part, the whole washer has been rebuilt several times. I'm not sure the rest of it can take it. So...that extra may go to get my lovely wife a new one. With three kids living out in the country, we do a lot of laundry. I guess it's a good feeling knowing that it won't be going on a credit card but it still sucks. It's always something. My father in law has been ill and told me to drive his gas sipping car to keep it running. It is an older rice burner but definitely gets better gas mileage than my truck. I cleaned it up and was kinda' excited about saving some fuel until I tried to open the door from inside and the connecting rod in the door broke. Nothing like tearing open a door and trying to work in tiny spaces. It's always something. I do look forward to Christmas this year; the girls are getting some things they really want. They are great kids and don't ask for much, so when they ask for a big ticket item at Christmas we try to do the best we can to get them at least one of them. Before anyone says anything, when I say big ticket, I mean comparative to the amount we usually spend on stuff. We tend to be stingy on stuff. I remember being a kid and not wanting to ask Mom and Dad for anything because I didn't want to hurt their feelings-knowing we couldn't afford the stuff the other kids had. So, when the girls ask for one thing that may be outside the norm, I work as hard as I can to get it for them. I remember never having the "cool" jacket or gizmo and if they can just experience having it once in a while it will make all the hours on my feet worthwhile. Twenty years ago I could never have imagined that three little blond girls and my beautiful wife would have ever existed, nor mean so much, but they do. Lord...they do. So whatever it takes. Whatever. I'm not sure how much posting I'll do between now and Christmas so I'd just like to say to the few that probably still read this little ol' blog-Merry Christmas. May the Lord bless you and hold you in his hands. Remember the reason for this celebration and remember those who can't be at home; those holding the line and holding back the dark. Thank you all-have a good 'un. 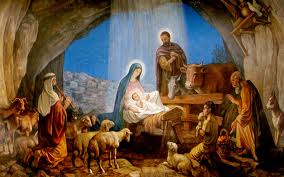 Posted by Hillbilly at 12:02 AM No comments: